We help clients find their own answers. 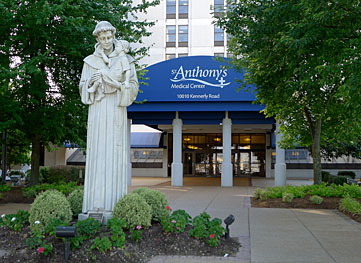 St. Anthony’s Medical Center in South County St. Louis engaged Integrity Hospital Company to enact transformational changes for Emergency Department (ED) Services. St. Anthony’s has an adult only ED that was seeing ~54,000 patients per year with high acuity as evidenced by a greater than 40% admission rate. They are South County’s Level 2 Trauma Center, Certified Stroke Center and Chest Pain Center. The Medical Center’s Emergency Department had decades of poor perception by the community and EMS, which was supported by their performance metrics. Door to Doctor times were 128 minutes, compared to national best practices of <30 minutes and Left Without Treatment rates were more than 4%.

St. Anthony’s patient volumes were essentially stagnant during a time of national increases and their inpatient volumes suffered. Administration had tried to address Emergency Department problems several times in the past with both internal efforts as well as outside consultants, but without success. Morale was low within the department and the rest of the system was frustrated by the need to continually apologize for the Emergency Department experience. Senior Leadership, along with Board and Medical Staff leaders, identified the revitalization of Emergency Services as their number one strategic goal.

Integrity initially performed an assessment of Emergency Services with observations and recommendations that arose from multiple interviews, direct observations of patient care, data review and focus groups of patients and families. Interviews included ED physicians and staff, as well as inpatient nursing, hospitalists, Medical Executive Committee leaders, primary care physicians and support services. It was evident that the “problem” with St. Anthony’s Emergency Department was actually a “problem” with the system, and improved leadership would be required to achieve stellar results.

Integrity led a 6-month process to revitalize and transform all aspects of Emergency Services and patient flow throughout the system. Opportunities for new leadership were identified for Emergency Nursing and the ED Medical Director as well as in the Medical Executive Committee. The “front end” of the department was redesigned to be more welcoming and to have a flexible triage area to accommodate both rapid entry to the department as well as being able to bring care forward during times of surge.

Internal process improvements were developed and implemented by a work group of direct patient caregivers including a Supertrack for conditions requiring fewer resources. Patient liaisons were trained to improve the patient experience. The “back end” admitting process required a multi-tiered approach: a workgroup with inpatient nursing leaders and nursing operations; hospitalist-emergency physician collaboration; and Medical Executive Committee policy changes.

In a parallel process to improving Emergency Department operations, a marketing campaign was developed, led by Integrity principals, to go live with a January 1, 2014 introduction of the “new” St. Anthony’s Emergency Department. Failure was not an option.

The results were truly outstanding. Door to Doctor times have been reduced to the 20-25 minute range. Patient satisfaction scores have skyrocketed. Left Without Treatment has been decreased to less than 1 percent. Admit decision to Off the Floor has been less than 60 minutes. Most importantly, residents of South County have responded. Volumes were initially up 8% and since then have been consistently up over 10%, while operational time metrics have continued to improve. Inpatient admissions have increased as well.

Follow up discussions with local EMS providers show a marked change in their perception of St. Anthony’s and they are eager to bring their patients there for care. A planned multi-million dollar expansion of the Emergency Department was no longer necessary due to the improved productivity, which greatly increased capacity in the existing rooms. Morale both in the department and system-wide has dramatically improved and turnover is down. St. Anthony’s Emergency Services has truly undergone transformational change.